With the Great War raging at the turn of the century, photographic postcards brought images of the conflict from the front to the mailbox. World War I brought the difficulties of a society transforming through industrialization to the fore. New twentieth century technologies were met with nineteenth century war strategies. Militaries scrambled to alter their tactics to match the grossly violent power of new weaponry like chemical gas and bombs. With the advancement of weaponry also came the proliferation of amateur photography. The introduction of Eastman Kodak’s brownie camera in 1900, revolutionized the portable camera. In 1912 the Eastman Kodak vest pocket camera was most popular with WWI soldiers. Production of war postcards was an accessible means of visually communicating the experiences of soldiers with their families back home. The postcards are of images that are striking but palatable, depicting superficial or romanticized facets of war that celebrate camaraderie, the power of new technology, or in the least honorable death.

The most whimsical of the postcards is that of a troop of French soldiers cycling through the countryside. They are all dressed in identical uniform with messenger bags strapped across one shoulder and guns across the other. The text on the front of the card Guerre1914/15 compagnie des ehasseurs cyclistes dates the image to the beginning of the war, and the back includes a written message dated September 11th, 1915. During the conflict postage was free for war postcards, explaining why the card is lacking a stamp. The handwritten note on the back allows us to pry into the quotidian experience of life during the war.

Another postcard that presents a complicated wartime narrative is that of the German War cemetery at La Maison Blanche of Nueville Sant- Vaast. The cemetery is the largest for German soldiers in France, serving as the symbolic resting place of more than 40,000 German soldiers whose bodies could not be recovered from the battlefields. The image on the front of the postcard is dominated by black crosses which extend as far as the eye can see and blur into an indistinguishable mass in the background. The French text complicates the imagery. Displaying the enemy dead could have rallied camaraderie and pride or functioned as a solemn reminder of the awful new power of twentieth century weaponry.

WWI saw the rise of photojournalism. Staging or recreating scenes to photograph were not looked down upon until after 1916 when notions of photographic representation became ensnared in an allied ideology and ultimately contributing to a greater social control of war imagery. This is likely because tech prior to WWI made documenting battles (like the American Civil War) only possible before and after a battle or through the restaging of a battle. Exposures took too long to capture motions and film/plates needed to be quickly developed in portable darkrooms. As more portable camera systems developed, ethics of authenticity still lingered though the technical restraints of nineteenth century processes were lifted. Following 1916 some groups appointed official photographers to document using medium format cameras, ushering in a greater censorship of what sort of war images could be shown. 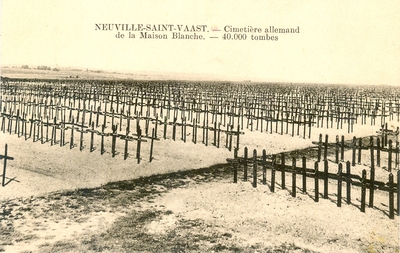