Special Issue on the 20th Anniversary of Peregrinations: Journal of Medieval Art & Architecture

20 years ago Peregrinations was started in 2002 with the idea that it could be more flexible than a traditional, printed scholarly journal and this Special Issue is evidence of that. It is being published as a whole catalog with essays, catalog entries, bibliography, and lots of wonderful color images. Editors Brad Hostetler and Lynn Jones invited scholars to weigh in on thorny issues of collections with objects of weak provenance and why they shouldn't be orphaned, but thoughtfully studied and, where necessary, restitution should be made. The authors also look at the specifics of Ethiopian Christian objects in their religious, cultural, and artistic context. It's a compulsive, fascinating read and it fulfills the early promise of the journal.

From Private to Public: The collection of David P. Harris
Brad Hostetler and Ani Parnagian

Orphan Antiquities at Kenyon College: The Lessons of the Harris Bequest
Elizabeth Marlowe

Variations on a Theme: Hand and Processional Crosses
Lynn Jones

Cut and Sell: Two Parchment Fragments and the Collection of Ethiopian Manuscripts in the West
Caitlin Mims

The Iconography and Roles of an Ascetic Monk: A Painting of Abba Samu'el of Waldabba
Madison Gilmore-Duffey

Appendix: List of Objects from the Harris Bequest Accessioned into the BHSC

Ethiopian Objects in the Blick-Harris Study Collection: Art, Context, and the Persistence of Form
Brad Hostetler and Lynn Jones 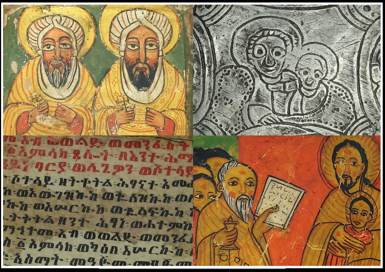