Thanks to research on primary sources in the last few decades, we now know that some of the most important and fundamental notions of modern mathematics and science come from the medieval Islamic civilization, from the numbers that we use today, to the science of algebra and trigonometry, the concept of algorithm, foundations of optics and the scientific method to name a few. However, these contributions are generally not known neither in the West or in the Islamic World and they are hardly taught in schools. Instead, a Euro-centric narrative of history of science that is inaccurate is dominant. Whereas students learn all about Copernicus, Galileo, Kepler, and Newton as well as Aristotle, Euclid and Archimedes, they never hear anything about equally important scholars from the Islamic World such as al-Khwarizmi, Ibn al-Haytham, Ibn Sina, Omar Khayyam, Ibn Khaldun, al-Biruni, al-Tusi or al-Kashi to name just a few. Neither do they learn anything about the influence of Islamic scholars on Renaissance scientists. There is a great need to disseminate accurate information on the subject to the public and include it in the school curriculum.

Students in Math 128, History of Mathematics in the Islamic World, make an effort to inform the general public, including the Muslim community, about Islamic contributions to mathematics, science, arts, and technology. They present their projects in a community center in Columbus, OH in a few different formats. Their presentations are highly appreciated by the host community. We make the video presentations available here to help increase awareness on the subject. 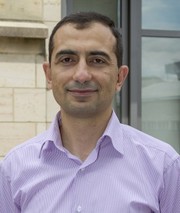