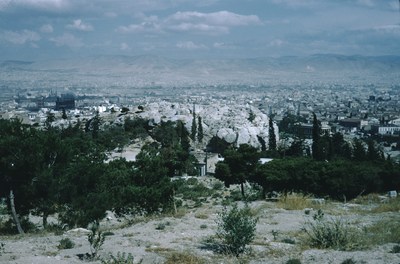 The legendary Areopagus in Athens. The Areopagus is a rocky hill where the trial of the god of war Ares was conducted according to Greek myth. Later, the Romans referred to it as "Mars Hill," Mars being the Roman god of war. It is also an important site in the biblical tradition, since it is this hill where Paul is said to have delivered one of his most important speeches on his visit to Athens. -MA