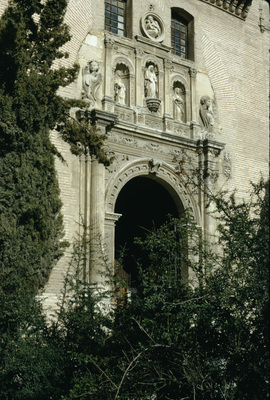 274- The Renaissance style entrance portal to the Church of Santa Ana in Granada, Spain. The church was built in 1537 in place of a mosque known as the Almanzara. In the 16th century a series of Renaissance buildings were commissioned in Granada by the Christian court, which included the palace of Charles V.