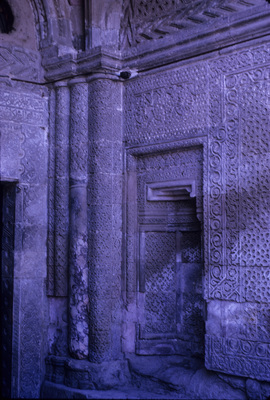 The Sungur Bey mosque in Nigde was commissioned by Sungur Aga, governor of the region under the last Ilkhanid ruler of Anatolia in the first half of the fourteenth century. The mosque is known especially for its combination of traditional Seljuk and 'Frankish motifs' such as Gothic rose windows. Explanations have proposed that both outsider Christians and local Muslims worked together in the construction of this building. - SK