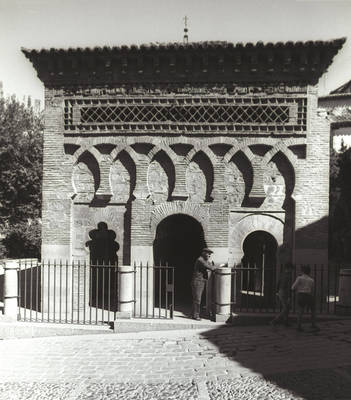 Originally a mosque dating to 999, it was refurbished by Christians sometime after the conquest by Alfonso VI in 1085. the building became a church in the 12th century. Here its brick facade is decorated with a series of arches similar to the mosque at Cordoba. Also known as the Mosque of Christ of Light.