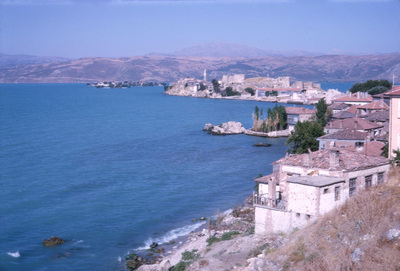 The lakeside city of Egiridir in the Isparta province of the Mediterranean region of Turkey, founded by the Hittites, has a rich history of diverse reign: from Persians to Seljuks to Ottomans, Egirdir has been of great importance. Ibn Battuta, 14th century traveler, described medieval Egirdir as "a great and populous city." The peninsula of Egirdir contains a unique castle built by the Lydian King Kroisos and later restored by the Seljuks. -CK / Ibn-Baṭṭūṭa, Muḥammad Ibn-ʻAbdallāh. The Travels of Ibn Battuta. London: n.p., 1971. Print.