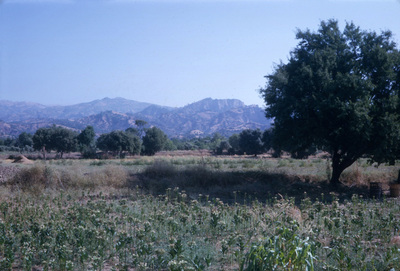 The Menderes valley, named after the Büyük Menderes River (historically the Maeander or Meander) which passes through it. The river rises in west central Turkey near Dinar before flowing west through the Büyük Menderes graben until reaching the Aegean Sea in the proximity of the ancient Ionian city Miletus. The word "meander" is used to describe a winding pattern, after the river. / "Büyük Menderes River." Wikipedia. Wikimedia Foundation. Web. 25 Apr. 2016.