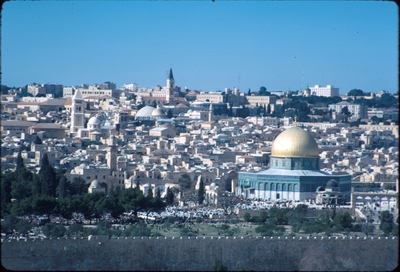 002- Another view of the Dome of the Rock. After Mecca and Medina, the Haram is the third most sacred site to Islam. The significance of the Dome of the Rock for Muslims lies in the belief that it is connected with Muhammad’s ascent into Heaven i.e. m’iraj or the night journey. However, research has shown that this belief was connected to the site later. In fact, the original purpose of the building remains hotly debated.