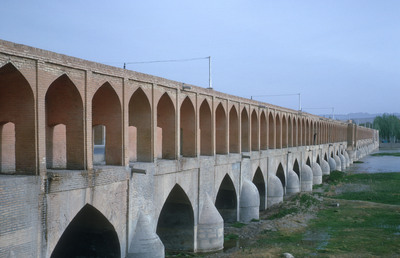 The Bridge of 33 arches, or the ‘si-o-seh pol’ in Persian, is so called because of the 33 pier arches that run continuously along its length. The bridge was commissioned in 1602 by Shah Abbas I and was originally known as the Allah Verdi Khan Bridge, after the name of the general who was responsible for its construction. -SK