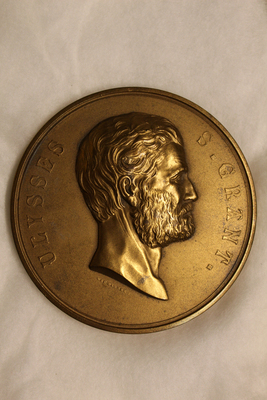 A commemorative bronze medallion made after Grant's second inauguration.