Battle of Saratoga., General Arnold Wounded in the Attack on the Hessian Redoubt

The Battle of Saratoga was the turning point in the American Revolution, and secured a French alliance for the Americans. General Benedict Arnold and Horatio Gates led the cause against the British General John Burgoyne. 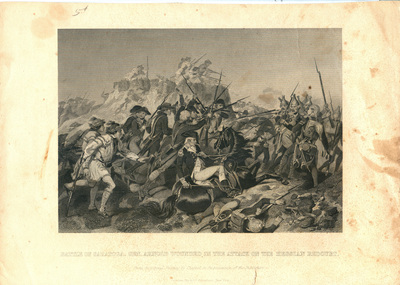